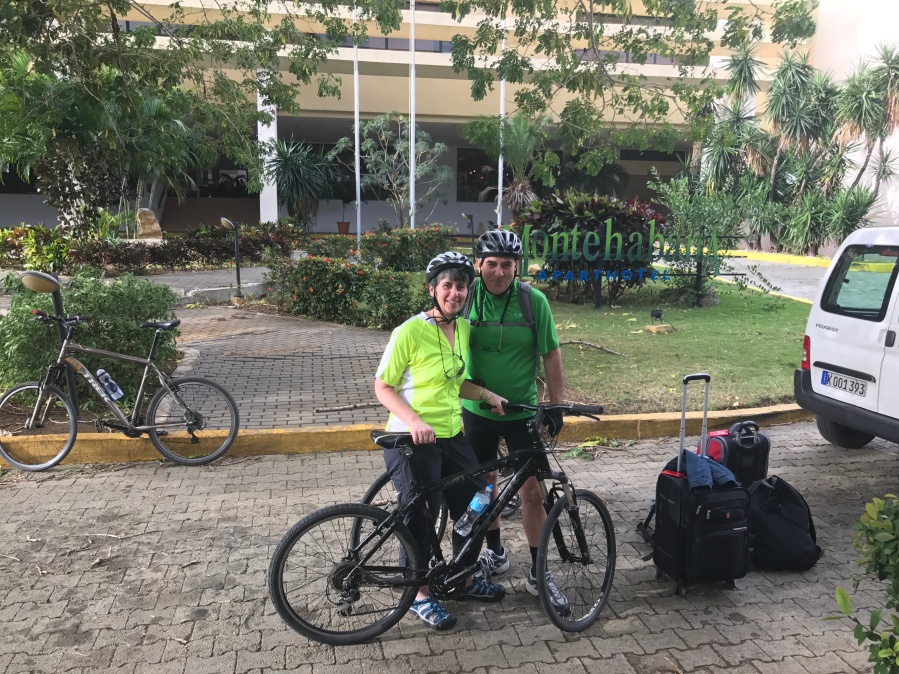 Having finished our 1-wk tour with MEDICC learning about the Cuban health care system this weekend, Lee & I headed out Monday for our 2nd wk, biking with a Cuban bike guide, Arley (arranged with the Cuban travel company, Cubiana).  Our plan is to tour the central part of Cuba, starting with Havana, then heading to Playa Larga & Playa Giron (site of the infamous US “Bay of Pigs” invasion in 1961) on the Caribbean coast, then east to Cienfieugo and Trinidad, turning west to Santa Clara, and then back to Havana (with van transport between some spots, lest any of you who know Cuban geography think we’re actually biking the whole distance!).

We were off to a fantastic start on Day 1, getting a very different view of Havana on bike after spending a week traveling by bus, taxi, and foot.  We started with a tour through the Park Almenderes, a beautiful 2-hectare oasis of green space created by Castro in 1989 as a counterpoint to Havana’s bustle (and car exhaust – the Yank Tanks might be beautiful, but we’re pretty sure they burn leaded gas, with no emissions standards!).  After another look at the much-revered Revolutionary Square (home of monument to national hero, Jose Marti, scene of giant tributes to Che & Camillo Cienfuego, and site of numerous speeches by Fidel), we got a view of the pounding surf along the Malecon as we headed back into the city, and got another view of some of the quintessential city sites – Old Havana Square, Museum of the Revolution, and Cathedral Square to name a few. 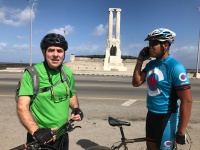 Our transport van then took us south to Playa Larga – more on the Cuban view of the “CIA-backed mercenary invasion” (how it is commonly referred to here!) at the Bay of Pigs tomorrow!